“As soon as you trust yourself, you will know how to live.”

I use the oak leaf, acorn and wren as my business logo. Why? 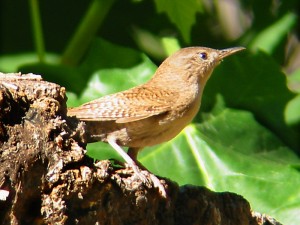 Many years ago my partner started calling me Ren, a shortened version of my last name spelled backwards. Other folks assumed it was spelled Wren. Later I began birdwatching and the first bird I identified was a House Wren.

In 2001, after a breast cancer diagnosis, I regularly visited several old, beautiful bur oak trees across the street from my home. I gained strength from these trees during this difficult time. And, I learned the wren is the sacred bird of the oak tree, according to Celtic tradition, and that the oak is the national tree of Germany.

Part of my healing journey with cancer involved learning more about my German heritage and relatives. My father was born there; he and his family immigrated to the US after World War I, when he was 5. I began reading German history, and was fascinated to learn about Johann von Goethe, novelist, dramatist, poet, humanist, scientist, philosopher and statesman. For 10 years he was chief minister of the Weimar Republic, the representative democracy that replaced Germany’s imperial form of government, in the city of Weimar.

I did visit Germany after my cancer experience and carried with me soil from my garden and silver acorns from Minneapolis. I had a strong urge to make amends for Nazi atrocities; I don’t know if my relatives were Nazi’s and have not been able to find out. After my grandmother died, my aunt burned the German family photo albums because they contained photos of men in Nazi uniforms. Did they voluntarily enlist, were they drafted, were they family members or friends? My aunt didn’t know. So many of us don’t know these important pieces of familial and communal history.

Through a series of coincidences, I arrived at Buchenwald Nazi Concentration Camp, established in 1937 above the city of Weimar. It was one of the first, and largest, concentration camps on German soil. The camp serves as a memorial honoring those who died there, and is used to educa 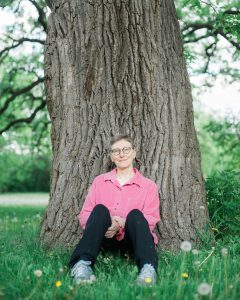 te German children about what happened during the Nazi era.

In the middle of the camp stood a large oak tree, which prisoners named the Goethe Tree. Although a lightening strike has reduced it to a stump, it is remembered as an inspiration of aliveness, and is marked by a plaque signifying its importance to the prisoners. There I planted my silver acorn, sprinkled soil from my home, and spoke words from my heart.

“A man sees in the world what he carries in his heart.”